For the first hour I was at the Apex Legends Global Series (ALGS) Championship, I sincerely thought the event was named after the town of Apex, North Carolina, not the video game. You might roll your eyes or think “there’s no way that’s true,” but embarrassingly, it is the truth. I knew less than nothing about Apex, esports, or gaming. My frame of reference for video games consisted of playing Mario Kart on my pink DS as an elementary schooler and later graduating to Just Dance on the Wii. I had everything to learn about gaming and a lot of stereotypes about gamers to unlearn.

Apex Legends, the game played at ALGS, is a battle royale-hero shooter game released in 2019. Although it is a relatively new game, it has quickly developed a loyal fanbase. One month after its release, 50 million players had tried the game, and in 2021, only two years later, it became one of the most-played games of all time.

Before a round starts, players form two- or three-player squads, and select pre-designed characters with specialized abilities, known as “Legends.” There are two modes of the game. In “Battle Royale,” up to 20 three-person or 30 two-person teams land on an island, search for weapons and gear, and try to defeat other teams in combat while the island shrinks around them. The last team alive wins the battle. In “Arenas” two three-person teams compete directly against one another in a series of rounds to determine a final match winner.

Although most gamers play Apex Legends recreationally, the best of the best compete in professional esports tournaments. Those competitors live like professional athletes; many of them have trainers, specialized meal plans, and sponsors. One of those sponsors is Lenovo Legion. By the time players arrive at the ALGS Championship, they have made it through countless rounds and are ready to compete in front of a live audience for a prize pool totaling $5 million.

Walking into PNC Arena in Raleigh, NC for the finals felt like walking into a champion sporting event. The energy was palpable. There are plenty of stereotypes about gamers; if you picture the “average gamer” in your mind, you probably have a strong (and inaccurate) image forming. Your imagined gamer is likely a man, or maybe a teenage boy. Doritos in hand, he games all night in his parents’ basement and struggles with interpersonal interactions outside of the digital world. 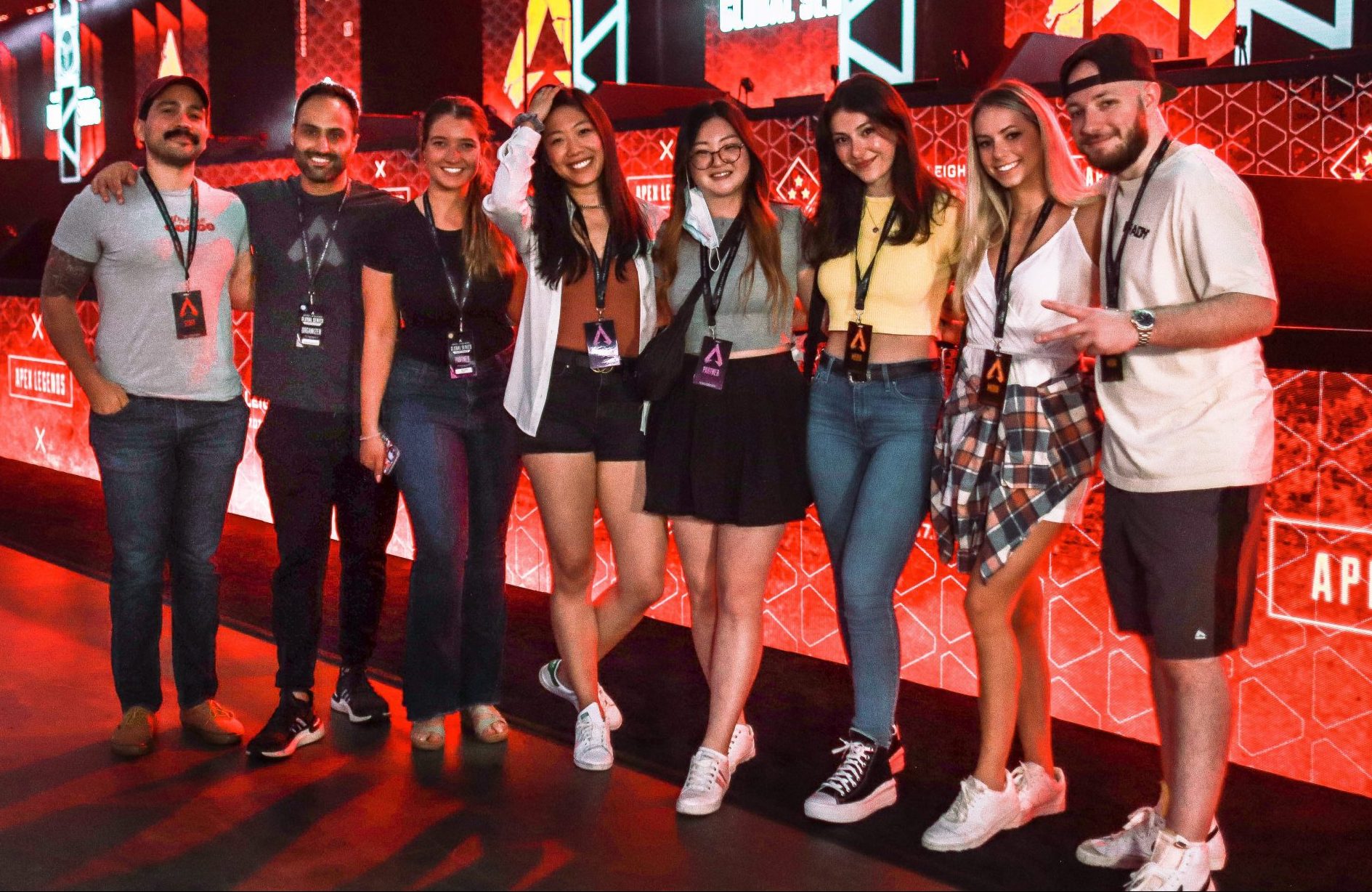 This stereotype could not be further from reality. Viewers of all ages and genders enthusiastically cheered from the arena’s crowds, and the competitors were serious about their performance. “They train like athletes, their bodies are treated like athletes,” says Jake Lenz, Vice President of Strategy and Insights of SRS Partners, a sports sponsorship agency. “They don’t sit there drinking Mountain Dew and eating potato chips and hot pockets. But those are also products that are endemic to the perception of gaming.”

Esports host, analyst and commentator Stella Chung agrees. “I actually visited Complexity’s space, which is in Texas, and they operate right next to the Dallas Cowboys Stadium. They get access to a lot of the same personal trainers. It’s a lot more involved than what people think, and I think there is a big chunk of that missing from public knowledge.” 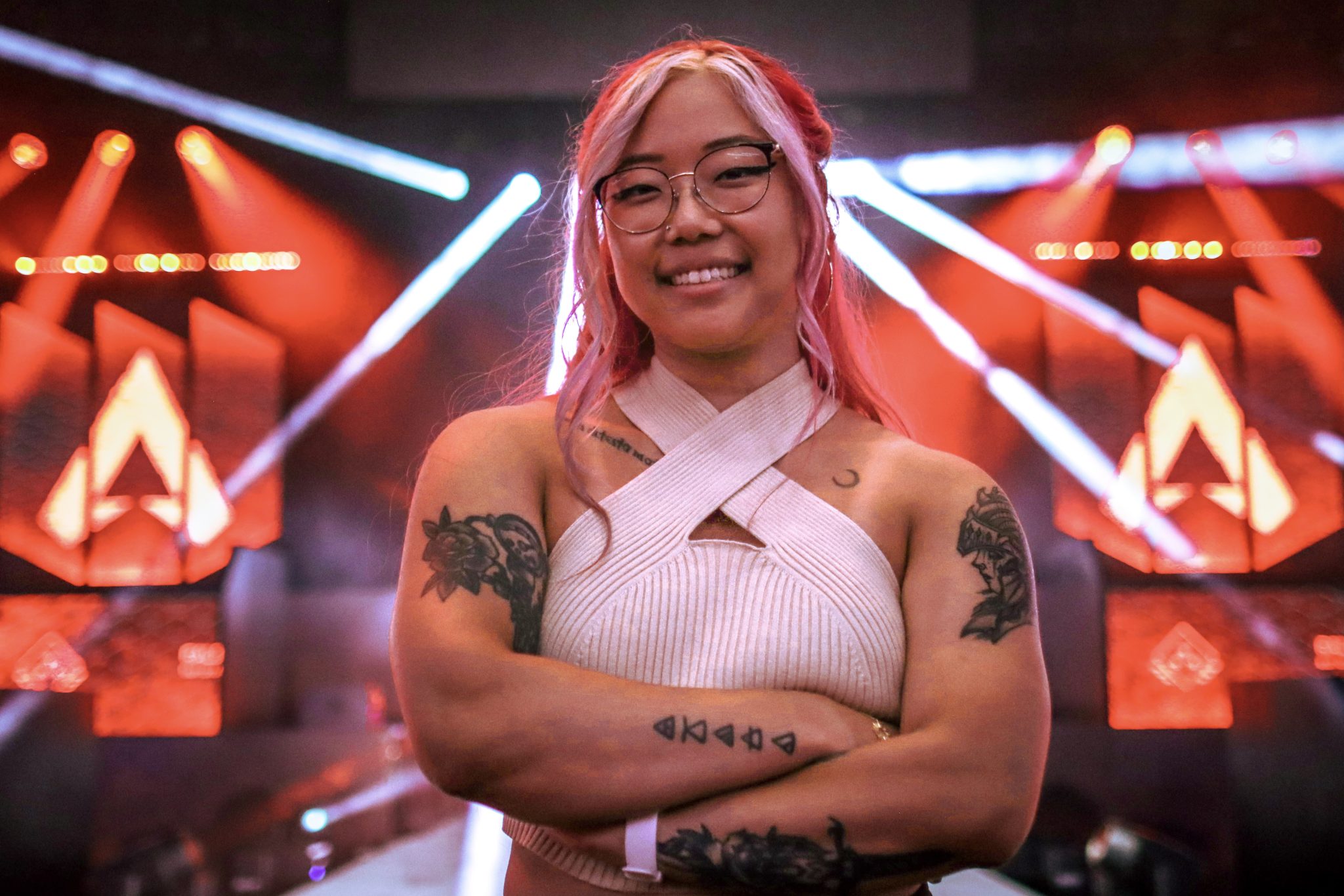 Recently, rumors have swirled of esports being included in the 2028 Olympics. Although debates are ongoing as to whether esports is physical enough to qualify for the Olympics, the dedication and training required is certainly on par with professional sports. Serious competitors often start gaming at a young age. There are even recreational gaming leagues for children, and college scholarships for elite gamers.

While there were not female competitors at this year’s ALGS championship, female players, business leaders, content creators and hosts are an integral part of the Apex community. “Apex is one of those spaces where maybe there aren’t a lot of women competing, but when it comes to the content creation side of things, literally half of them are women,” says Jasmine Chiang, Lenovo’s Global Gaming and Esports Marketing Manager. “Some are like the best Apex creators and streamers that I know are women.”

Although many women described the Apex community as “woke” and “more inclusive” than other gaming communities, it still can be challenging to break into the gaming as a woman.

“I think almost every gamer girl can say that they’ve had an experience with somebody online, calling them out for being a girl in a very negative way,” says Zebra, a content creator and streamer.

“This one person, they come into my chat sometimes, and they’re like, ‘how can you be so pretty and good at this game?’ And I’m like, ‘you know, that’s really backhanded,’” adds VioletLex, a Legion-sponsored streamer. “It’s like, ‘oh, I didn’t realize that I can’t be pretty and good at something at the same time.’”

Slowly, though, the gaming industry is becoming more diverse and more inclusive. Although Chiang hasn’t seen any women become signed to tier-one gaming organizations, like Complexity, G2, or Team SoloMid yet, she sees that changing in the future.  In the past, she explains, it wasn’t as socially acceptable for women to play video games, and so they did not have the opportunity to play enough to become top competitors. Now that there a so many positive examples of female gamers for young girls to look up to, it is becoming more socially acceptable for girls to spend time gaming.

“For example, when we were growing up, my brother was playing video games all day long, and it was totally fine. It was the cultural norm. Whereas for me growing up playing video games, it was like, ‘what are you doing?’” says Chiang. “I do see that cultural shift changing, I think we’ll end up at a point where there are more and more coed teams. It’s slow-moving ship, but it’s moving.”

Despite challenges and discrimination faced by women in the gaming industry, VioletLex and Zebra have both found positive friendships through the female streaming community of Apex. They are also both dedicated to using their platforms to inspire other women and promote self-love and feminism.

“I definitely want to stand up for what’s right, and I will always speak my mind. I want to be that positive voice for community members who deal with homophobia, racism, sexism or whatever else,” says VioletLex. “There are a lot of individuals who don’t really have a voice because they’re smaller creators. They need people–the streamers they watch or the influencers that they like–to speak up for them.”

Zebra agrees. “I grew up in a pretty broken home, it was a lot to deal with growing up. I got myself where I’m at today, and I like to share my story on stream. I’m a very open person,” she says. “I always preach [self-love] on my stream. I’ve had a lot of people reach out to me and say, ‘hey, Zebra, you’ve helped me through some really hard times,’ and I cry when I get those messages.”

When asked if she has advice for women in the gaming space, Chung had a similar encouraging message. “Don’t be afraid to shoot your shot,” she says. “And don’t be afraid to call out any crappy people. I use my platform on Twitter to really call out all the nasty comments, and a lot of men who follow me go, ‘I didn’t realize it was this bad.’  Maybe that’s how we start making change.” 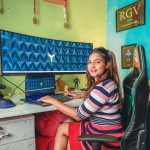 How does India’s first female Motovlogger motivate other women to join (and crush!) male-dominated fields while taking their gaming to the next level? 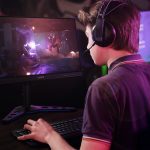 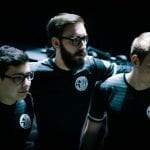