Go To content Related Stories Signup for Update Open Menu
Home » All stories » Saving Sea Turtles: A Day in the Life of a Conservationist

Saving Sea Turtles: A Day in the Life of a Conservationist

Working in the field is one of the most exciting parts of conservation work — second only to passing environmental legislation protecting endangered species. Having one–on–one encounters with endangered wildlife helps remind me what I’m fighting for. Over the past eight years, I have been on 10 research trips in Latin America, two in West Africa and two in the Caribbean. The Leatherback Project is actively working in Panama and Ecuador for the conservation of sea turtles and has expeditions planned for the upcoming year.

Expedition locations for The Leatherback Project team are determined by regional needs, threats and unanswered data gaps affecting critically endangered leatherback populations. Our decision to focus in Ecuador, for example, resulted from a 2018 study estimating over 46,500 turtles are caught as fisheries bycatch per year. Although this was found to occur in Ecuador, Peru and Chile, the latest estimates suggested that about 87{93486410d65ab4c22f1925dba97444a1d889a389c7d5a800942ed0eabf5969fa} are caught in Ecuador alone. This compelling information led to my travel to Ecuador in 2019 to start a bycatch reduction project in collaboration with local biologists, university students, local community members, fishermen, and government officials. 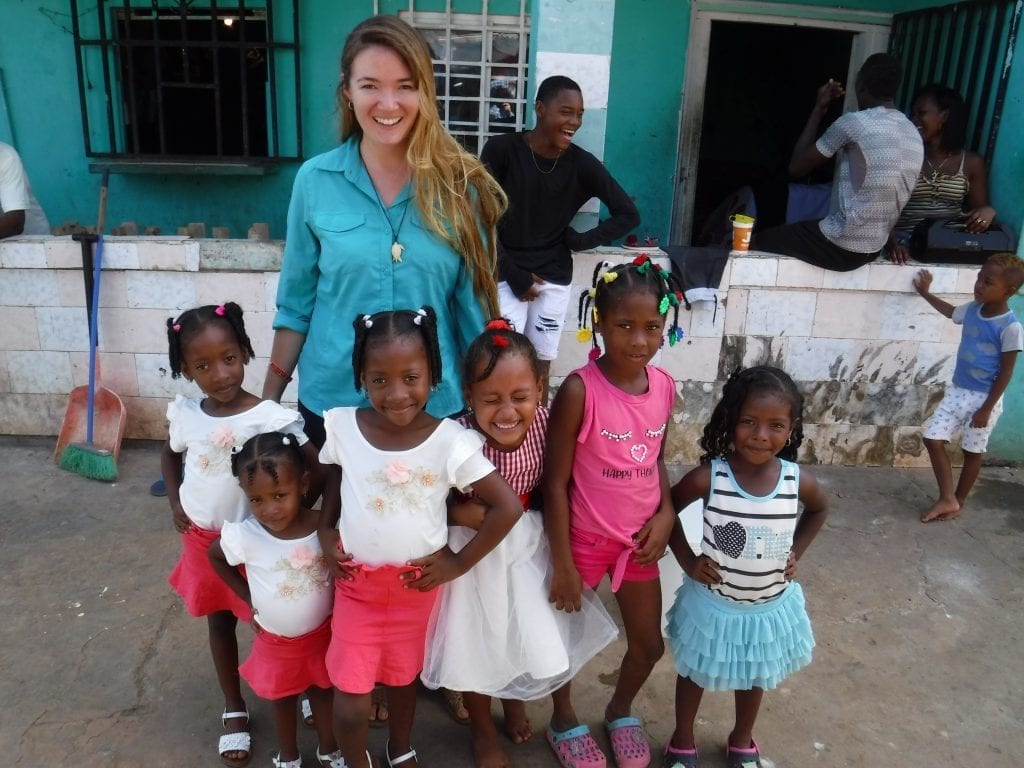 In the case of our Pearl Islands Archipelago expedition, I had uncovered evidence of leatherback sea turtles nesting and foraging, along with verbal reports of sea turtle consumption, use and trade within the local community. The purpose of our recent expedition to the Pearl Islands was threefold: to investigate these reports, document the history of sea turtles’ usage of nesting and foraging grounds and to look into humans’ use of endangered turtle populations. This research was funded by the National Geographic Society, New England Aquarium Marine Conservation Action Fund, The Big Andrew Foundation, and SEE Turtles.

Ensuring lasting impact for the community and sea turtle populations

Impactful conservation solutions involve expertise, perspectives and knowledge of local community members and fishermen, along with passion and long–term investment of local biologists and university students. Government officials and institutions are also vital, as they provide political power, permits and an understanding of political systems. 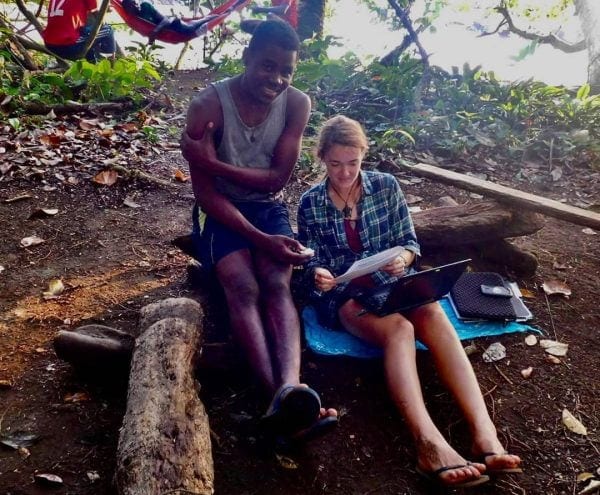 Local communities have long–term knowledge of their natural resources, as well as an understanding of the relationship between people and nature in their specific region. If any sincere, long-lasting changes are made within society, in terms of how international communities interact with nature, those changes will always start with the people themselves. No one has the answers, which makes having discussions and seeking out location-specific solutions with the local community key.

In Ecuador, for example, we are working to test and implement bycatch reduction technology that will allow fishing activities to remain constant and make gear more selective. Fishermen will catch fewer turtles without decreasing target fish catch, which is good for both the turtles and fishermen! The potential implementation of bycatch reduction technology, which we are presently working towards, has the potential to be a long-lasting policy change benefitting all key stakeholders and wildlife alike.

A peek into my schedule…

Research expeditions I have taken part in range in length from two weeks to six months, depending on the goals and objectives, funding, turtle activity, etc. Daily life on an expedition changes greatly and is based upon the primary focus. However, each typically has three main parts: 1) preparation, 2) outreach and 3) science.

The first couple weeks of a multi-month expedition is usually the preparation phase. In the case of our most recent six-month expedition to the Pearl Islands, the team arrived in-country, met with key stakeholders, and purchased food and supplies. In October 2019, the field team met with the Ministry of Environment and fisheries management organization directors to collect our research permit and garner support for the project. We also met with news outlets and a radio station to notify key news dispensing entities of our expedition plans. We then spent hours shopping for multiple months’ worth of food, along with an assortment of supplies ranging from duct tape to machetes to a generator.

Next, the team traveled to the field via car, bus, ferry, and fishing boat to set up camp. Before beginning research activities, it was vitally important for us to become acquainted with the local community. We did so by reaching out to nearby families and arranging a large, town-wide event where we spoke about sea turtles, threats facing their survival and our purpose in the field — all while showing compelling imagery on my ThinkPad.

We mentioned that we would be there for the next five months and hoped we would have the chance to collaborate and learn from hard-acquired local knowledge. I hired three field assistants from the local community. During our mutual training day, I learned just as much (if not more) about sea turtles in the Pearl Islands as they did about collecting data and research methodology. 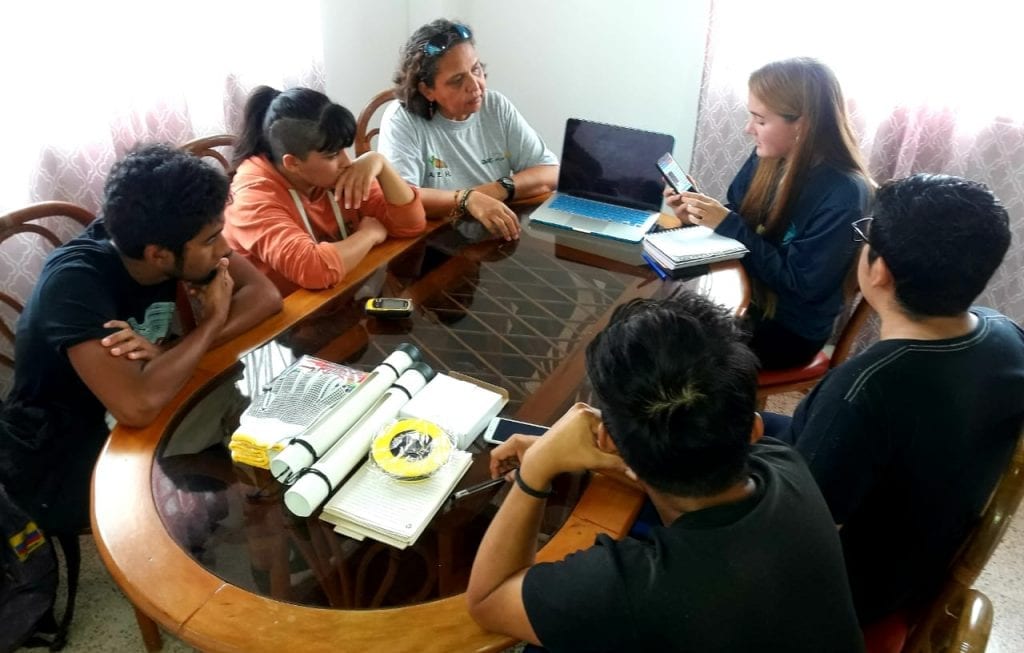 Finally, the science began! We walked the sea turtle nesting beaches in the early morning before the day’s first high tide had a chance to wash away evidence from the previous night’s sea turtle nesting activity. Late morning and early afternoons were filled with data entry on my ThinkPad, cooking, and camp maintenance. 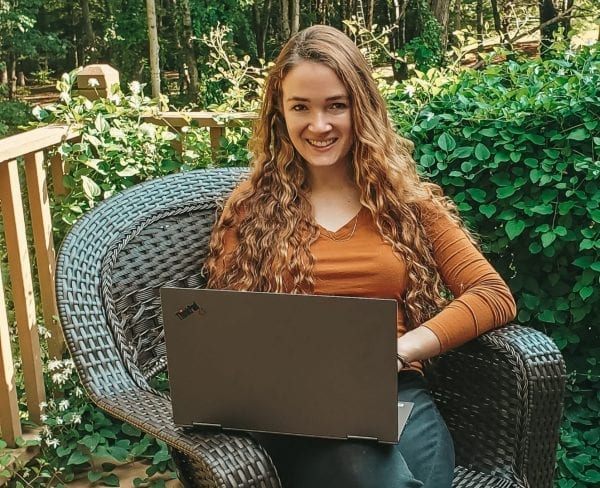 As the sun’s heat dissipated, our late afternoons consisted of additional work on the beach, including excavating hatched nests to document the success of sea turtle reproduction. At night, we would often patrol the beaches for a few hours in search of nesting females. Our presence on these nesting beaches was a passive protection against the harvest of sea turtles and their eggs. 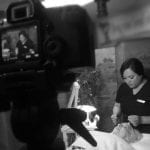 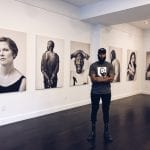 Lenovo Innovator Marcus John shares his story of what it’s like growing up with scoliosis and how he’s challenging society’s stigma surrounding it. 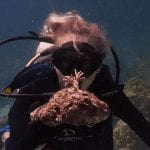 Saving Our Oceans: How One Marine Biologist’s Passion Took Her Halfway Around the World

Lenovo Innovator Laura Riavitz tells us her story of becoming a marine biologist and shares her mission to preserve coral reefs.