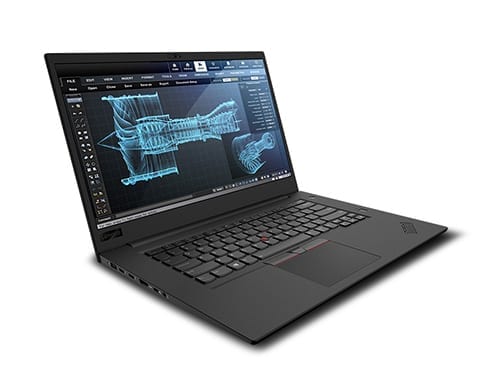 The ThinkPad P1 fulfills the desire for workstation performance and reliability in a thin and light design. The result is an ideal recipe of workstation power and an ultra-premium look and feel.

There is arguably no company that better combines high performance with beauty better than luxury sports car manufacturer, Aston Martin. For them, the ThinkPad P1 represents not only an opportunity to increase productivity, but to also work with a high quality and performing product within a fast-paced environment.

“At Aston Martin, we are committed to a high standard of excellence with a drive to push to the next-level,” said Neil Jarvis, Director of IT and Innovation, Aston Martin. “We see the expression of similar values in the creation of the new ThinkPad P1 Whether it’s our creative team benefiting from the professional graphics and stunning display or our executive team looking for an ultra-thin and light system with a touch of style, the ThinkPad P1 is the right fit for a variety of users across our company.”

The ThinkPad P1 gives users a premium experience – both in look and feel and superior construction and components. With a signature, black finish, glass touchpad and seamless keyboard, and premium packaging the ThinkPad P1 has the high-end design that users expect.

This attention to detail even extends to the power supply. Customers know a thin and light workstation is nothing if it still comes with a bulky power supply. That’s why the ThinkPad P1 power supply is 35 percent smaller and lighter than predecessors.

Certified for key ISV applications, the ThinkPad P1 features 8th Gen Intel® Xeon® and Core™ processors, including support for the Core i9 CPU, and delivers ECC memory support and clocks speeds up to 4.6GHz. Users can also enjoy a boost in performance with the latest NVIDIA Quadro P1000 and P2000 professional graphics cards.

With more than 25 years of experience developing the best commercial laptops, ThinkPad P1 design engineers chose the best features from the ThinkPad portfolio to maximize power, performance and premium design from top to bottom.

“When we set out to create the ThinkPad P1, we knew our challenge was to build a mobile workstation that would carry the legacy of professional power and reliability of our ThinkPad portfolio, but also meet our customer’s need for a thin, light and sleek design,” said Rob Herman, General Manager of Workstations, Lenovo. “Whether you are looking for power, the lightest mobile workstation around or sleek and slim tech-envy, the ThinkPad P1 delivers on all counts, period.” 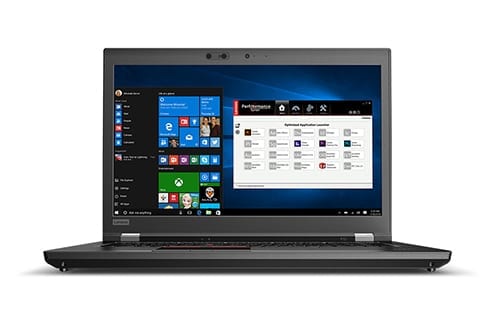 Today, Lenovo is also introducing its new ThinkPad P72. Purpose-built for users looking for top of the line power and performance; it demonstrates Lenovo’s capabilities in simultaneously addressing different customer needs and market segments. The ThinkPad P72 is the ideal choice for users in the oil and gas, automotive and financial industries. A true desktop replacement, this 17-inch chassis includes the latest 8th Gen Intel® Xeon® and Core™ processors, and the most powerful NVIDIA® Quadro graphics – up to P5200 – to tackle the most demanding workflows with ease. With up to 6TB of storage, 128GB of memory and 16GB of Intel ® Optane ™ memory, users can handle immense data sets with vast amounts of compute power.
Both the ThinkPad P1 and P72 will be available at the end of August starting at $1949 and $1799, respectively. To learn more about the ThinkPad P1 and the ThinkPad P72, visit www.lenovo.com/thinkworkstations.