When the COVID-19 pandemic struck, millions of people across the globe found themselves quarantined at home with demand for premium, digital entertainment hitting an all-time high. In turn, Digital Frontier saw a sudden increase in animation projects, and was faced with a pressing need to upgrade the studio’s workstations before the end of the year.

Digital Frontier is one of the biggest motion picture production companies in Japan, with a distinguished computer graphics (CG) production department. It runs OPAKIS Motion Capture studio, the largest motion capture studio in Asia, and Virtual Line Studio, the largest studio for composite production in Japan. Using CG and other digital technologies, the company has produced a wide range of visual content and boasts partnerships with industry giants such as Netflix.

With complex workflows varying across TV shows, in-game cutscenes, live-action and animated motion pictures, the studio utilizes a suite of powerful and complex graphics software. From MotionBuilder to Unreal Engine, high performance devices are the part of the company’s life blood. Lenovo was not a stranger to this fact – ThinkStation P720 workstations have already been powering Digital Frontier’s CG production processes since 2019.

The company already held the ThinkStation P series in high regard, and an evaluation of other devices found that Lenovo’s solutions offered the high performance and cost effectiveness it needed. Understanding that the customer was hard pressed for time, the Lenovo team responded within just two days, providing demo machines to facilitate the testing and assessment process.

Digital Frontier ultimately chose to deploy the Lenovo ThinkStation P620, equipped with AMD Ryzen Threadripper PRO CPU and boasting 16-core and 32-core models to accelerate the rendering process. The ThinkStation P620 is able to run all necessary content production applications without a hitch, owing to the extremely high clock frequency of the Threadripper Pro.

“The start of the 4K and 8K era has led to surging volumes of data being handled in CG production, and the reality is that workstations have been unable to fully keep up with the way things have been going,” said Mr. Shun Funahashi, Head of Product Management Section, CG Production Department at Digital Frontier Inc. “As such, the most important thing is to deploy machines with the highest specifications possible whilst balancing performance and cost, and we view the ThinkStation P620 as being a perfect fit for this approach.”

Technological prowess meets the next digital frontier of storytelling

As the entertainment industry continues to transform, workstations will need to remain on the cutting edge of innovation. Designed for productivity and reliability, Lenovo workstations are engineered to enable storytellers, animators, and creators to bring their creative ideas to life.

“We intend to keep using these products to strengthen and optimize our CG production platform,” Funahashi said. 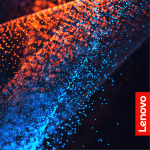 Leaders from across Lenovo share how they plan to build on last year’s success to drive even stronger results in the year ahead. 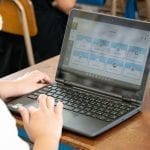 How Lenovo provided 2 million laptops and tablets, along with services and solutions, to support Japan’s education system. 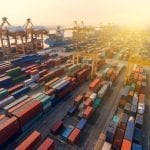 The global, 8,000-strong company turned to Lenovo for a cloud-based solution to transform their business with unprecedented speed.