No Excuses Club: The Endless Perseverance of Massimiliano Sechi 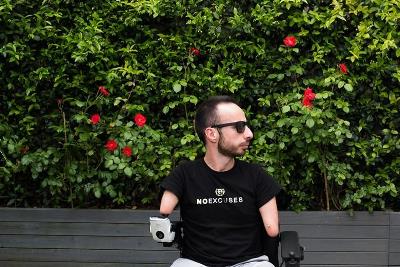 “I was told I would never have a girlfriend, a job, or be able to drive,” says Massimiliano “MacsHG” Sechi. “Every challenge I’ve conquered is a direct result of someone telling me, ‘You can’t do that.’” Born in Sardinia, Italy with phocomelia — a rare congenital deformity in which limbs are underdeveloped or absent — the 31-year-old motivational speaker and founder of the No Excuses Club is used to hearing the word “No.”

Yet through perseverance, determination and a healthy dose of humor, Sechi has transformed what could be perceived as a tragic situation into an opportunity to empower others around the world. The story of “MacsHG” or the “handless gamer” begins in a dark, fiery dungeon. Well, not literally. His journey begins with video games. 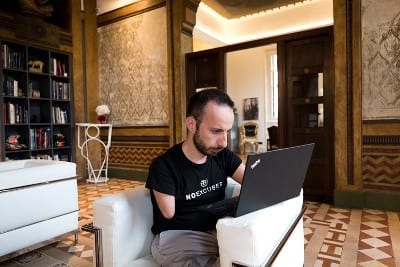 “If it wasn’t for gaming, this interview wouldn’t be in English,” laughs Sechi over Skype from his home in Sassari. There are many ways to learn the English language, but not many people can claim complete fluency from playing video games. Sechi was initially given a computer at the age of four to assist with his communication. His parents thought that it would be the only way he could write or attend school. Ever the innovator, Sechi learned to write with his foot and arms. With time that meant his computer could be used for something else entirely: gaming.

“To me, gaming is about finding solutions,” he says. “It’s the same for my situation. In my body, I have to find solutions to get to the next level.”

Thanks to a gamepad operated with his left foot and a mouse held under his right arm, Sechi started playing games in international tournaments online. And as with any competition, trash talk is half of the battle.

“Gaming forces you to use the language in very interesting ways,” he says. “From storytelling to buying items to poking fun at other players, it’s a mix of formal, casual and slang all at once.”

What started as a hobby turned into an incredible skill. Sechi has achieved “diamond” status on “League of Legends,” reserved for just the top 0.1 percent of the game’s estimated 67 million regular players. Beyond bragging rights, gaming was a vehicle for Sechi to realize something crucial: he could do anything he set his mind to. It didn’t matter that he didn’t look like other players; he had the skill, wit and charisma to do anything he wanted. That’s when he decided to record himself playing and then upload the streams to video services like YouTube and Twitch. With the profits he made from these posts, Sechi donated to the charity Save the Children. 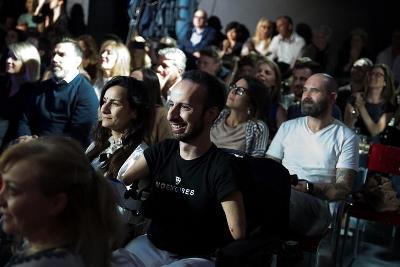 “I’ve always wanted to help people, so I thought I could use gaming to support worthy causes,” says Sechi. “That’s when it hit me, what if instead of just giving donations, I created something that people could experience for themselves?”

And that was the spark for the No Excuses Club— a motivational coaching program started by Sechi that leads people on a path of self-awareness and growth. It all began as a simple t-shirt with the phrase “NO EXCUSES” written across the chest. Now, it’s a robust 3-month course of personal and professional development.

“In the beginning, I would ask people to take a selfie and write what it means for them to have no excuses in their lives,” he says. “It was an opportunity for people to motivate each other and demonstrate that this isn’t about me — everyone can be an example for someone else.” 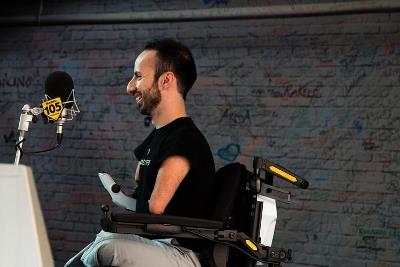 Sechi’s online following grew exponentially, reaching hundreds of thousands of people across Facebook, YouTube, Twitch and Instagram. A key turning point came when he received video messages from two separate gamers in Brazil and Greece. Sechi had watched their videos, and noticed that they always filmed from the chest up. “I didn’t think much of it, but it turns out that they didn’t have hands either,” he says. “They explained that my videos, which showed my disability in full-view, inspired them to have the courage to be their true selves and show theirs disabilities as well.”

It’s connections like these, made possible through the power of online communities, that bring Sechi so much joy. Technology, as a whole, has been massively transformational for Sechi. Through his ThinkPad, for example, he’s able to connect with his community, prepare lectures for speaking engagements and of course, still play video games.

As a well-known gamer and technology-user, Sechi’s friends are constantly suggesting new gadgets for him to use. While he was only given a ThinkPad a few months ago, it’s become his go-to choice. He says that at the end of the day, they share the same design principles: durability, ingenuity, and always working to find a solution no matter what. 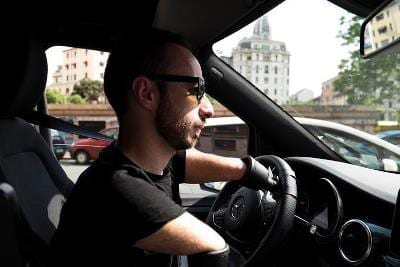 These days, Sechi pursues coaching full time. When asked what a normal day looks like, he laughs and says, “I can’t really tell anymore.” Constantly on the go, Sechi splits his time between speaking engagements, coaching, working out at the gym and spending time with his younger brother, Simone. He’s come a long way, considering that growing up he wasn’t even sure if he could attend school.

In the future, Sechi plans on growing the No Excuses Club globally. From his humble nature, you’d never guess that he was famous online. “For me, it’s about helping people realize the power within themselves,” he says. “There will always be issues and obstacles, but there isn’t anything that you can’t achieve. No matter where you start from, there’s always a good reason to be happy when you are following what you love.”