It’s no secret that finding your community at school can be difficult, especially for students who have challenging family lives, different learning abilities, and trouble just showing up. But esports—online video game competitions—are offering a new platform for making friends and cultivating passions. And at two schools supported by Lenovo, the gains in student performance and grades have been measurable.

Feeling left behind at school is not a new phenomenon  — loneliness and isolation are proven risk factors for Generation Z, sometimes called the “loneliest generation”. And astonishingly, a sense of belonging has been proven to improve student performance and well-being.

It’s something GOAL High School, Colorado’s largest charter school, discovered firsthand. GOAL is unlike traditional high schools in that it caters largely to at-risk students. At least 90 percent of GOAL students have two risk factors, while many have seven or eight. The school’s mission is to nurture students to become productive members of society by helping them build life, social, career and workforce development skills so they’re “ready to go” upon graduation.

GOAL is constantly seeking creative ways to engage its students. That’s why it turned to Lenovo to help found its first-ever esports league. Lenovo donated time and expertise to build an esports program from the ground up—and founded a $20,000 scholarship in the process.

“A majority of our students are over the age of 18, severely under-credited, trying to work, a lot have families,” explained Jamie Trujillo, Chief Information Officer at GOAL. “We have to reach them in creative ways through technology. We’re constantly asking: how do we leverage tech? That’s the core of our school.”

GOAL found an answer in esports. The newly endowed esports program has logged an incredible amount of changes in participating students. The program started small, with a single location in Cañon City, Colorado, before expanding to six additional sites, with 20 to 35 participants at each location.

“Once these kids got on the team, they had a purpose, a mission and just crushed it academically,” Trujillo said. “Two kids entered into collegiate courses, and before, we could barely get these kids to complete the basic courses.”

As a longtime champion of data, creativity, and connectivity, Lenovo offers a multitude of resources for academic institutions, such as financial support, student scholarships, infrastructure, licensing assistance, and of course, expertise. And the growth in students has been measurable. Since the founding of an esports league at GOAL, for example, Trujillo has recorded astonishing 20-percent gains in grades, on average, for students who joined the team.

“Students that weren’t doing any of their work, completing no assignments, hardly showing up — those students are now passing all of their classes,” said Trujillo. “These are students that had a hard time engaging with academics and now, because of this program, they have a reason to be here, a reason to go on.”

“It motivates me a ton,” says GOAL esports competitor Colton Mundy. “I make sure I get everything done so I can play every Friday.”

GOAL isn’t the only academic institution supported by Lenovo. At the University of North Carolina (UNC), Lenovo recently constructed a massive gaming arena so that even more students can play. It’s equipped with nearly 40 top-of-the-line Legion computers, designed especially for gaming, along with the necessary peripherals, like keyboards and headsets. Lenovo also provides expertise and ongoing tech support to those who need it.

Long Lee is the direct beneficent of these efforts. As a freshman at UNC, Lee often felt lost in the crowd. “I was in my dorm all day. I didn’t know what to do with myself. I had that token freshman scaredness,” he said.

That all changed after joining the esports club.

“After joining the esports club, I became more outgoing. I met some of my closest friends,” he said. “It’s been a really cool opportunity to find myself growing into an outgoing person through joining a competitive team.”

Lee’s not alone. In just three years, the esports club has ballooned from 300 students to 800.

Through esports, students who once felt left out now have a sense of belonging, a sense of purpose, a reason to continue showing up to class. The changes in students, says Trujillo, have been nothing short of breathtaking.

“We count Lenovo as our best friend in education,” he said. 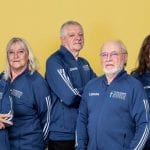 Bringing the Fight Against Senior Loneliness to the Esports Arena 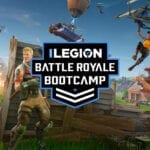 The Lenovo Legion team launched a sweepstakes for an all-expenses paid trip to sunny California for a squad of Fortnite players to get expert training. 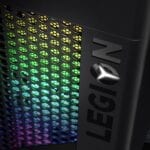